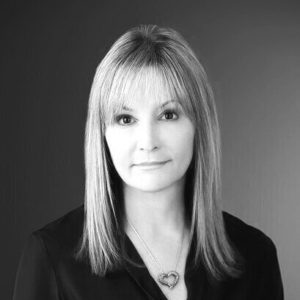 Dr. Laura Nelson is Vice President at Strategen and serves as the Special Advisor to the Green Hydrogen Coalition. Dr. Nelson has led a distinguished career in the energy industry spanning both the public and private sectors.

At the Green Hydrogen Coalition, Dr. Nelson launched the Western Green Hydrogen Initiative – is a public-private partnership to advance and accelerate deployment of green hydrogen infrastructure in the Western region for the benefit of our economies and environment. This initiative includes representatives from 11 western states and two Canadian provinces – all part of the Western Interconnection – and additional states, including Florida, Ohio, and Louisiana. The WGHI also includes representation from industry partners, non-profit stakeholders, the Department of Energy, and more.

Prior to joining the Green Hydrogen Coalition, Dr. Nelson served as Energy Policy Adviser to the Governor Herbert of Utah, and from 2014-2020 was Executive Director of the Utah Office of Energy Development. Dr. Nelson has also served as the Vice President of Government and Regulatory Affairs for Potash Ridge, Corp., the Vice President of Energy and Environmental Development at Red Leaf Resources, and as the Energy Advisor to Utah Governor Jon M. Huntsman. She also served as the Energy Policy Advisor to the Idaho Public Utilities Commission and a Technical Consultant to the Utah Division of Public Utilities.

As a leader in the energy community, Dr. Nelson’s board and committee appointments have included serving as the Chair of the Utah Energy Infrastructure board, a board member and member of the Executive Committee of the Southwest Energy Efficiency Project, Chair to the Western Interstate Energy Board, a board member of Utah Clean Cities, Vice Chair of the National Association of Energy Offices, the Utah Representative to the Western Renewable Generation Information Systems (WREGIS) board, the Utah representative on the Federal Unconventional Resources Task Force, and the Chair of the Salt Lake Chamber Energy and Minerals Task Force. As part of her commitment to the arts, she also serves as member of the Utah Museum of Contemporary Art.

All presentations by Laura Nelson

Decarbonizing the Power Sector and Maintaining Reliability: Solutions for Multi-Day and Seasonal Storage