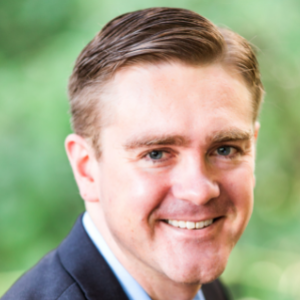 Ed is a Senior Director in the Strategen consulting practice, which he has helped build into a leading consultancy focused on market development for a decarbonized grid. Ed also serves as the Policy Director at the Vehicle-Grid Integration Council, where he supports automakers, utilities, and vehicle owners in the transition to vehicle electrification. Ed specializes in evaluation and design of policies and programs to advance deployment of electric vehicles and distributed energy resources, demand-side management programs, energy storage and grid integration of renewable energy.

His analysis has given companies strategic insight into clean energy investment opportunities and has helped to guide regulations and policies in many states across the country, including New York’s adoption of a 1,500 MW energy storage deployment goal. Ed has served clients in the renewable energy, energy efficiency, and energy storage industries, including several Fortune 500 companies, major energy project developers, trade associations, utilities, government agencies, universities and foundations.

Prior to joining Strategen, Ed worked as an independent consultant where he provided technical analysis to a law firm in Arizona, supporting the firm’s clients in cases before the Arizona Corporation Commission. He also worked with Schlegel & Associates to provide technical analysis on demand-side management policies in Michigan, Illinois, Pennsylvania and several other states that have led to billions of dollars in new energy efficiency investments. Ed also played a lead role in two major initiatives at Arizona State University: The Utility of the Future Center and the Energy Policy Innovation Council where he conducted research and policy analysis for the Governor’s Office of Energy Policy, the Department of Environmental Quality, and other major stakeholders in Arizona. At the Utility of the Future Center, he also worked with utilities and former public utility commissioners across the country to develop a strategic approach and model rules for transitioning to a distributed energy future.

Ed earned his bachelor’s degree in Chemistry from Princeton University. He also holds a Master of Science (M.S.) in Sustainability and Professional Science Master (P.S.M.) of Solar Energy Engineering and Commercialization from Arizona State University.

All presentations by Ed Burgess