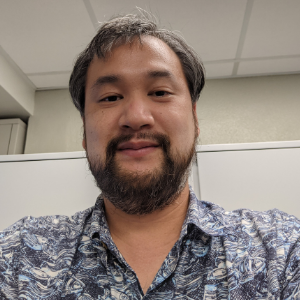 Andrew Okabe was hired at the Hawaii Public Utilities Commission by then Chairman Iwase in March 2017 as a Research Assistant and later was promoted to Utility Analyst in November 2017. Mr. Okabe works on a variety of dockets for various utility segments that are regulated by the HPUC including Water, Wastewater, Water Carrier, Electricity, and Telcom. In the Electric utility space Mr. Okabe has worked on Grid Modernization, Distributed Energy Resources, Capital Expenditure, and Microgrid dockets.

Prior to working for the HPUC, Mr. Okabe was a Smart Grid consultant and Project Analyst contractor for Hawaiian Electric from 2014 to 2017. Mr. Okabe assisted with Hawaiian Electric’s Smart Grid Foundation project planning and ERP/EAM project implementation. Prior to his time at Hawaiian Electric, Mr. Okabe worked as a Test Engineer and Design Engineer conducting research and development for consumer and medical devices at various firms from 2007 until 2014. Mr. Okabe holds a Bachelor of Science in Biomedical-Mechanical Engineering from Marquette University.

All presentations by Andrew Okabe