The Long and Short of It: Energy Storage For Days

Today’s commercially available long-duration storage technologies, as well as those coming online in the next few years, will transform the grid into a more resilient, responsive and flexible resource. In addition to providing storage capacities ranging from eight hours to days or weeks, many of these innovations are based on low-cost, safe, and abundant raw materials such as iron, air, salt, and water. 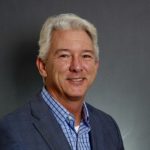 Mr. McDermott is a Hokie from VA Tech where he earned his BS in Mechanical Engineering in Power Systems. 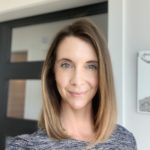 Carrie co-leads Malta Inc.’s commercialization team where she provides a strategic view of long-duration energy storage and its enabling role in accelerating the just transition to a clean energy economy.

Carrie joined Malta from National Grid Renewables where she managed the development of a pipeline of over 3 GW of solar, wind and storage assets strategically located to replace/repurpose existing thermal assets and transmission infrastructure. Previously, she worked in the utility-scale solar-PV market with Black and Veatch and in development, origination, and strategy with juwi.

Prior to joining the energy sector, Carrie worked for Navigant and Deloitte in a finance capacity. She obtained her CFA charter and an undergraduate degree in Finance from the University of Colorado at Boulder. 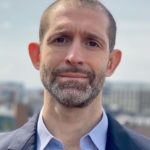 Prior to Form, Marco was VP of Energy Analytics and Optimization at IHI Inc., where he led research and development of electrical storage optimal configuration and control software. Marco started his career in energy storage at 24M Technologies, where he created the industry leading software ESWare™, which was subsequently acquired by IHI. An engineer by training and entrepreneurial thinker, Marco has been involved in the development and commercialization of innovative hardware and software technologies in several energy ventures. Early in his career, Marco was a lead developer of the portfolio valuation software at Edison Mission Marketing and Trading.

Marco holds a Ph.D. in Nuclear Engineering from MIT and a Ph.D. in Electrical Engineering and Computer Science from the University of L’Aquila, in his native Italy. 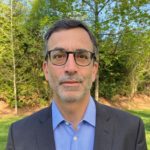 Over a decade at United Technologies Corporation (UTC), Richard served as President of international operations in Moscow, then Vice President of International Business Development at UTC Power. In the latter position, he established the company’s clean energy business in Asia and Europe. Before UTC, Richard worked at the White House as Special Advisor on International Affairs to Vice President Al Gore. Richard served as most recent Chair of the Boards of Directors of the California Energy Storage Alliance and of the American Chamber of Commerce in Russia, during his time in Moscow.

Richard earned a B.A. from Columbia University and an MA/Ph.D. from the University of Michigan. 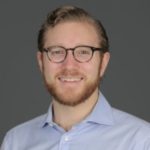 Julian Spector is senior reporter at Canary Media, where he reports on the rise of clean energy. He worked at Greentech Media for nearly five years. Before that he reported for CityLab at The Atlantic and conducted grant-funded freelance journalism on climate impacts in Bangladesh. His stories have also appeared in The Guardian, HuffPost, Al Jazeera America and more. He graduated from Duke University and now basks in the sunshine of Los Angeles.